Defeat Is How We Begin to Win

In Buddhism, Personal
Scroll this
LikeFacebookTweetLinkedInEmail

Ego is there at every step of the spiritual path.

We must know this, at least on an intellectual level. Ego has been in charge our entire lives—the tyrant on the throne. After decades of despotic rule, why would it go anywhere now? Just because we’re meditating and honing our awareness, ego is supposed to resign or take a holiday?

Of course not. It’s going to continue to do what it’s been conditioned to do all these years: run amok. It might miss a step or two out of sheer confusion, but it’s not going anywhere. Years in power have emboldened it. It’s very, very resilient.

The other day, I allowed myself to feel bummed out about that. I received a semi-hostile email at work that I didn’t feel I deserved, and my ego got fired up before I could apply any awareness to the situation. In the aftermath I was angry at myself, which gradually settled into a tired disappointment.

Expecting my ego to behave a certain way was fighting against reality.

It felt like I was chained to a demon—all spikes and gnashing teeth and breathing fire. It was undermining everything I was trying to be. Usually I can take these moments in stride, but not that day. That day I felt exhausted. Defeated.

Then I remembered reading about the spiritual teacher Adyashanti describing his path as the path of defeat. Defeat is the ultimate catalyst for change. It’s admitting that such-and-such behavior—such-and-such a way of being—simply isn’t working any longer.

Expecting my ego to behave a certain way (or not be there at all) was fighting against reality. It was being disappointed by my own self-set expectations when reality said NOPE. I was fighting my ego—fighting a part of myself—and the net result is always that the ego gets stronger.

That feeling of defeat wasn’t actually defeat: it was a necessary step toward accepting what is. That’s how you lessen attachment and aversion. That’s how you cultivate a spacious mind. Defeat is how you begin to win. 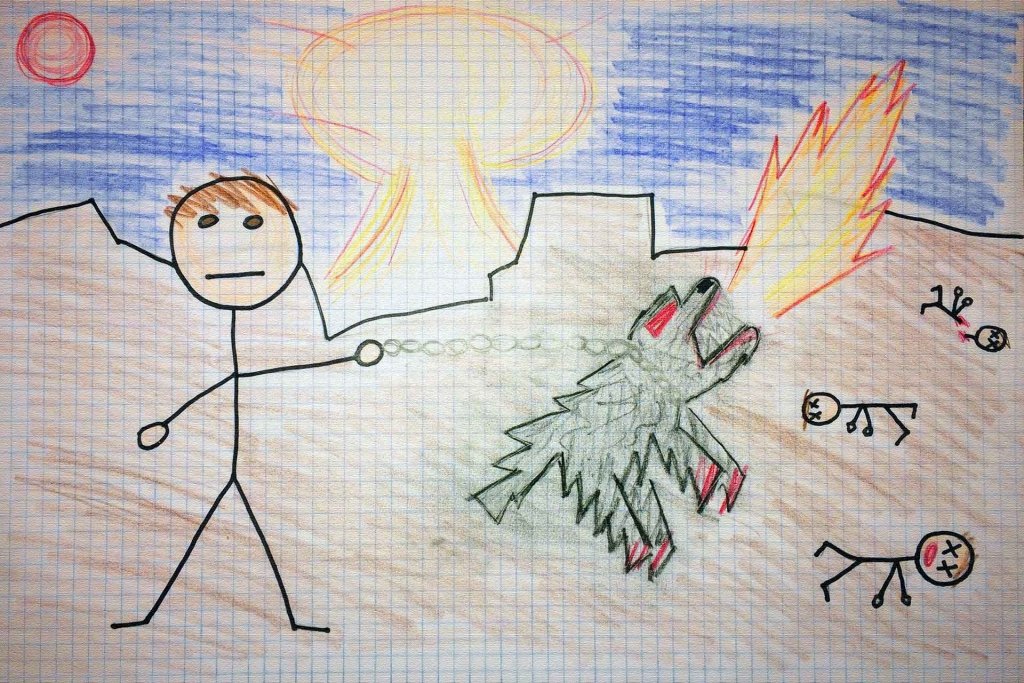 Today I have a mental image of my little ego monster—absolutely rabid—tugging in all directions against its chain. The scene around me is like a World War I-era No Man’s Land: the earth is broken and charred and bloody. I take the devastation in compassionately, thinking to myself, “You’re crazy, little monster, but you’re part of the family. I can’t give you away. I’m responsible for you. We’re in this together. So do your thing. It’ll be okay.”

No spam ever. I respect your time and attention. Unsubscribe any time.
In Opinion, Personal, Travel
In Buddhism
In Personal, Technology
In Personal